Cacao is a small evergreen tree in the mallow family (Malvaceae) that reaches 15 to 25 feet. It is native to the Amazon rainforest and has been cultivated for over 5000 years. Its seeds (also called beans) are used to make chocolate, cocoa butter, cocoa solids, and chocolate liquor. The white pulp around the seeds is aromatic, with a delicate lemony taste and floral notes.

Cacao has been used in ancient sacred ceremonies for thousands of years. The Mayans were the first civilization to make a beverage from the beans. The active constituent is theobromine (a compound similar to caffeine), which translates to ‘Food of the Gods’.

Forastero is the most widely used variety and the beans give the classic chocolate taste. It is comprising over 80% of the world production of cocoa. It is a hardier, more reliable variety with higher yields than Criollo.

Criollo is rarer variety, and it tends to be less productive and less disease resistant than Forastero. It has a range of complex flavors, rich aromas, and it leaves interesting secondary notes. Criollo is the most prized and expensive variety and considered a delicacy.

How to make chocolate:

The cacao beans have a bitter taste and need to be fermented to develop the signature aromas and deep color. The fermentation process usually lasts from 2 to 9 days. After fermentation, the beans are dried for 7 to 14 days under the blazing hot sun. After drying, the beans are cleaned, roasted and the shells are removed. Roasting is a crucial step as it loosens the outer husk from the inner bean, making winnowing much easier. These series of processes are responsible for the biochemical reactions that bring out the aroma and the complex flavors of the beans. After winnowing, the beans are cracked into cocoa nibs, which are then ground to cocoa powder. The powder is mixed with cocoa butter and different types of sugar and milk or alternatives to create chocolate.

Difference between cacao and cocoa:

Trinitario is a variety originating in Trinidad and is a hybrid between Criollo and Forastero. It is a hardier and more resistant to disease than Criollo. It also has a more unique flavor than Forastero, so it is considered as “the best of both worlds”. 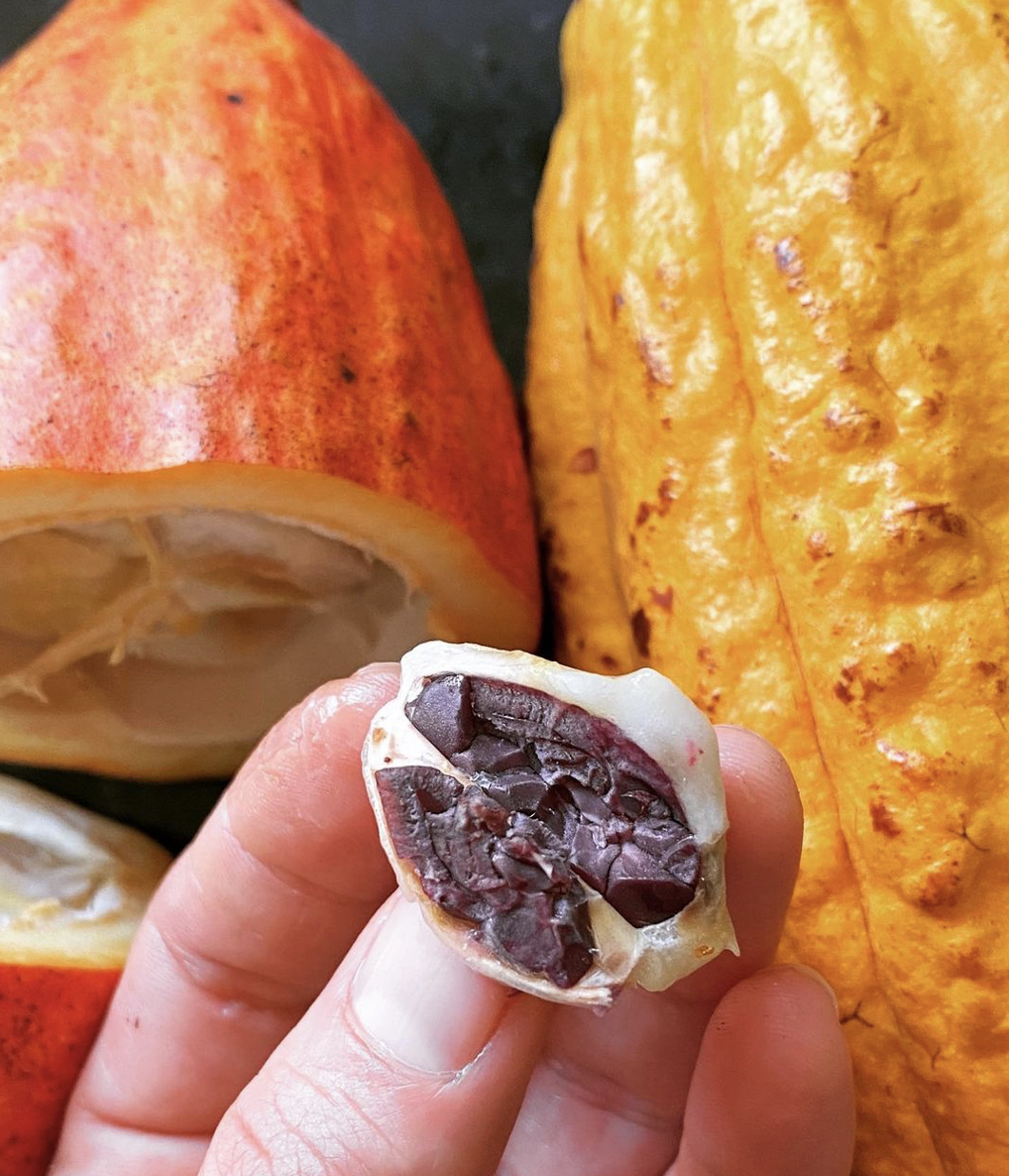 All cacao images and illustration, except the top image, are credited to Silvia Yordanova 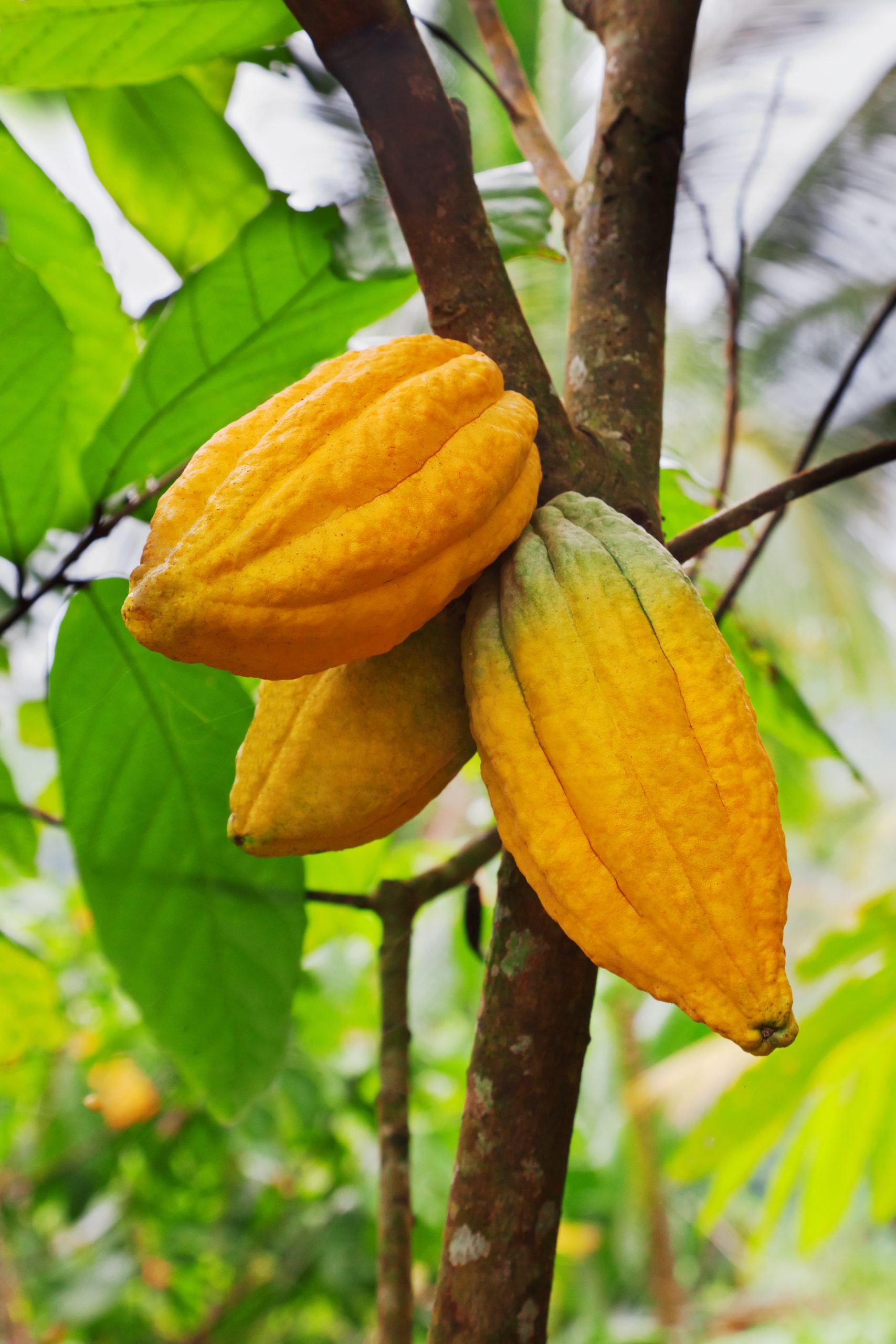 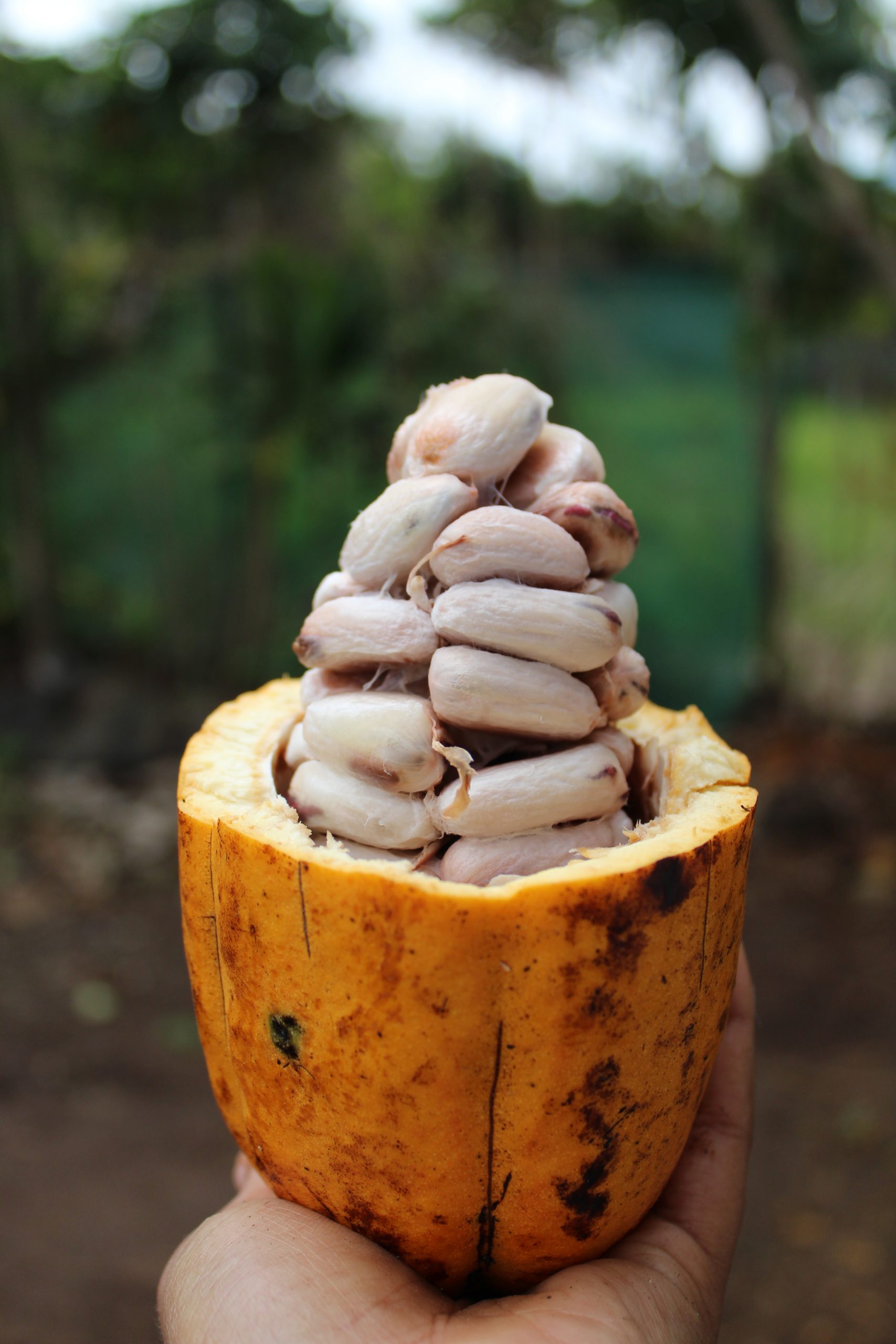 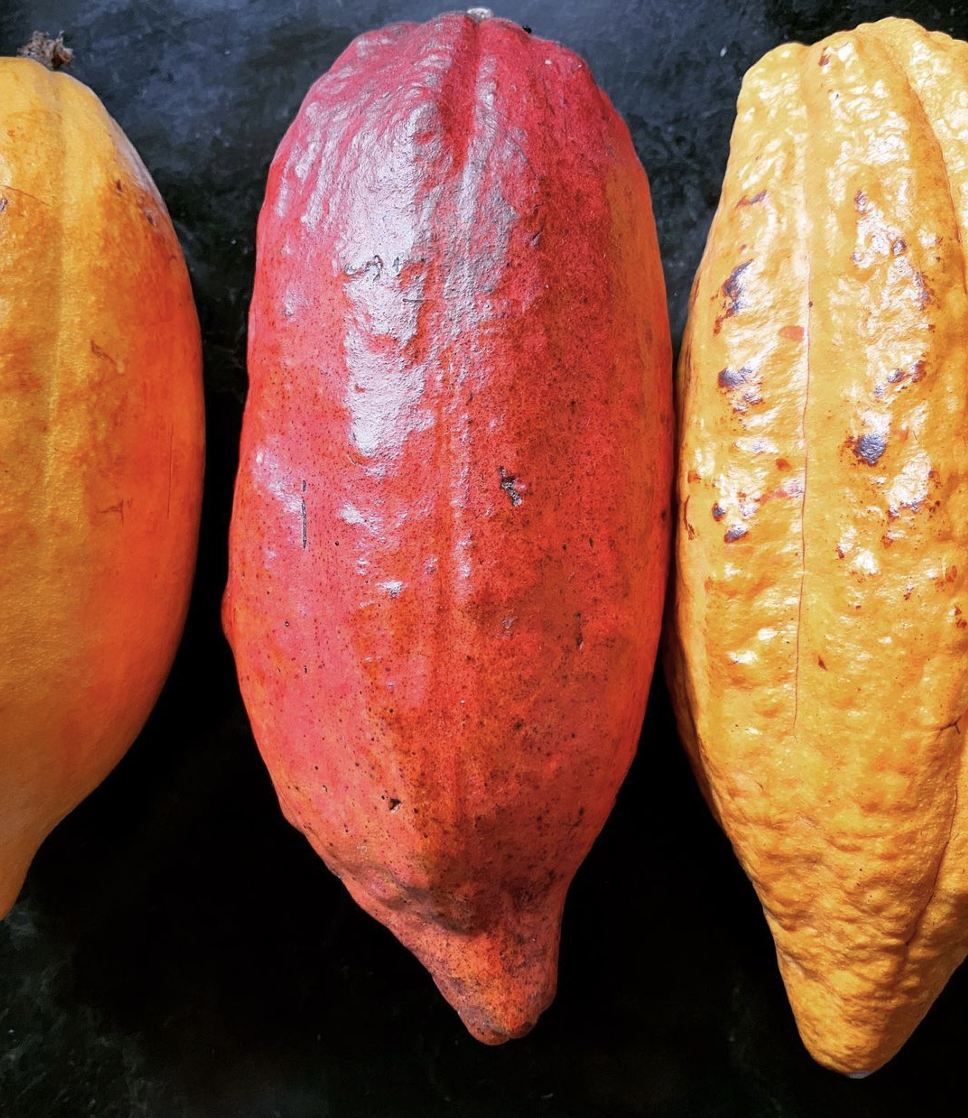